I began this Swift blog almost three years ago when I was a Swift-only mobile developer looking to become a full time iOS developer. I haven’t blogged for a long time here. Let’s just say…things are different now. 😁

People Are Talking About React Native

React Native over the past month has had quite the rollercoaster ride. It started when this post appeared on Twitter:

There’s a rumor React Native was abandoned in the main Facebook app. Anyone heard similar/different?

It was quickly deemed to be an incorrect statement. Sophie Alpert, an Engineering Manager on React at Facebook, wrote a post about how React Native has a bright future and is being reworked under the hood to be even better. A few days later, another dip as Airbnb announced that it was going to stop using React Native. Ash Furrow, an engineer at Artsy working in React Native who previously worked in native iOS, wrote about The Case for React Native and Airbnb and React Native Expectations, which offered some great pro-React Native perspectives.

I’ve been working at SkipTheDishes in Winnipeg since March 2016 on the iOS team. When I started at Skip, the iOS and Android teams were programming purely in native with Swift and Java respectively. Late last summer in 2017, it was decided by the Senior mobile devs that we wanted to see how rewriting the app that our food couriers use in React Native would work. So the iOS and Android teams merged and together we all began learning JavaScript and React Native.

I’ll be honest–initially I was discouraged by the decision, and I struggled a lot with comprehending JavaScript and React for the first month or two so. It’s so completely different than creating apps natively. Swift and JS are pretty polar opposites, but JavaScript combined with a type system like flow or TypeScript takes much of the pain away from working with plain JavaScript. Another struggle for me was that I’m a highly visual person so doing UI layout in JSX markup using Flexbox rather than Xcode’s Interface Builder was really hard to adapt to at first (now I love it, though, and I can build pretty much anything! 😄).

Overall, I’ve really enjoyed learning React Native and everything that comes along with it. I’m glad I didn’t give up on it. I’ve been working exclusively with React Native at Skip for about a year now, and I actually prefer it to working natively on iOS 😱.

My personal iOS app, BB Links, was written in Swift and launched while I was interviewing to work at SkipTheDishes back at the beginning of 2016. It’s now on version 5 after many, many improvements and redesigns. What I’ve learned at Skip has improved my software development skills in every way possible. My iOS app now has over 90K downloads and 23K monthly active users—I’m proud of how much it helps Beachbody Coaches run their home businesses!

Beachbody Coaches with Android devices have continuously asked me for an Android version of BB Links. I had only taught myself how to write apps for iOS in Swift, so writing an Android app in Java would be a completely different beast—and I wasn’t particularly keen on learning Android development from scratch in my evenings/weekends. So my answer to them was always “Sorry, but there won’t be an Android version of BB Links since I only know how to make iOS apps.”

At Skip, as I became more and more experienced with and confident using JS and React Native, I began pondering whether I had the ability to make a version of BB Links in React Native; It would allow me to make an Android version of BB Links without the need to learn native Android development. I knew it would be a challenge, but figured I’d give it a shot.

I made a quick MVP of my app in React Native and kept pushing myself piece by piece until I was sure building the full blown app was definitely something I was capable of. I bought a used Android device on Ebay, and went to work.

It wasn’t easy—there were many frustrations along the way—but the finished app has a 100% custom UI that matches the native iOS app, and has 95% of the same functionality. I decided to make the React Native version Android only, keeping the iOS app native in Swift as a way for me to have a project in Swift that I can continue to work on since my day job at Skip is all React Native now. 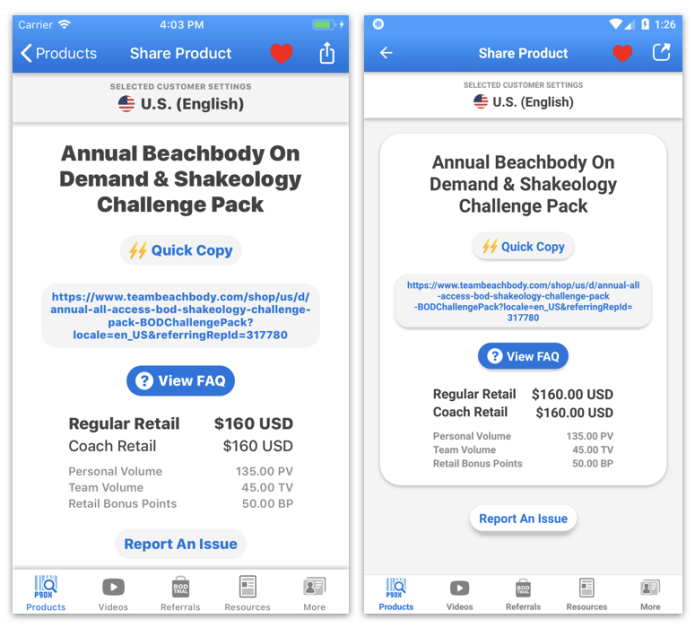 This past week I published the completed Android app on Google Play. I’m proud of how it turned out—it functions great, looks like the iOS app, with some paper qualities that fit more on Android, and I’ve become an even better React Native developer while creating it. Having to do every single part of an app from start to finish makes you learn so much more than when you only work on pieces of an app.

5 Things I Love About React Native

Here’s a list of five things I love about React Native overall:

At Skip I now get to mentor new React/React Native developers who go through our Incubator program, as well as those on the Courier team who are learning the ropes. I love helping people learn about React and React Native, and I always learn something myself at the same time. Seeing them create things and be proud when they get it is awesome! ❤️

I’m also excited to work next on adding the remaining 5% functionality that I held back on for the Android app’s initial launch. It’s the more advanced stuff like in-app purchases for removing ads & tipping, and adding all 100+ themes like the iOS app has (I finished this, but it requires tipping to be released).

Overall, learning React Native has been great. React is an incredible skill I’ve been fortunate to have been able to learn in-depth working at Skip (we’re hiring Senior React developers, by the way). I know it has a bright future. And creating a React Native version of my personal application has been a fantastic experience filled with excitement, amazement that I could do it, and of course—frustration; but you can’t grow if you don’t fail and struggle. Taking the easy way out never has been much of an option for me in life, anyway.